From an article in Le Figaro of 7 May:

“France’s long-term energy program was adopted on the fly by government decree on 21 April. It provides for 2.25 increase in the installed wind turbine power by 2028. The proliferation of wind turbines thereby becomes one of the country’s priorities. Was there nothing more urgent to consider in the midst of a pandemic?

Coronavirus has upset everything; consequently, France must re-launch a major part of its economy, rendering it more competitive and improving its health system while simultaneously controlling the rising public debt. Our country must also pursue the struggle against climate change in every rational way: respect for the environment, the promotion of electrically powered vehicles and the relocation of production. All the above will call for vast sums both public and private. Furthermore, France cannot permit itself a wind turbine policy which is deadly to the landscape and to fisheries, useless in defence of the climate and very soon to prove insupportable financially.

You can already see numberless wind turbines across our countryside; you will see them almost everywhere should the program adopted on 21 April be applied in practice. And they will be even more dominant. The machines currently being installed are 185 metres high. The prefect of the Ardennes region has authorised 65 wind turbines of 200 metres height, while a project in the Yonne region requires units 240 metres tall.

Some may imagine that the sacrifice of the landscape is essential to the fight against climate change. On the contrary, thanks to hydroelectric and nuclear power, French electricity production produces almost no carbon. The last generating plants running on fuel oil have been retired, and the last coal-fired generators are due for closure in the near future. There remains natural gas, which is only necessary to compensate for the extreme fluctuations in wind and solar-generated power. “ 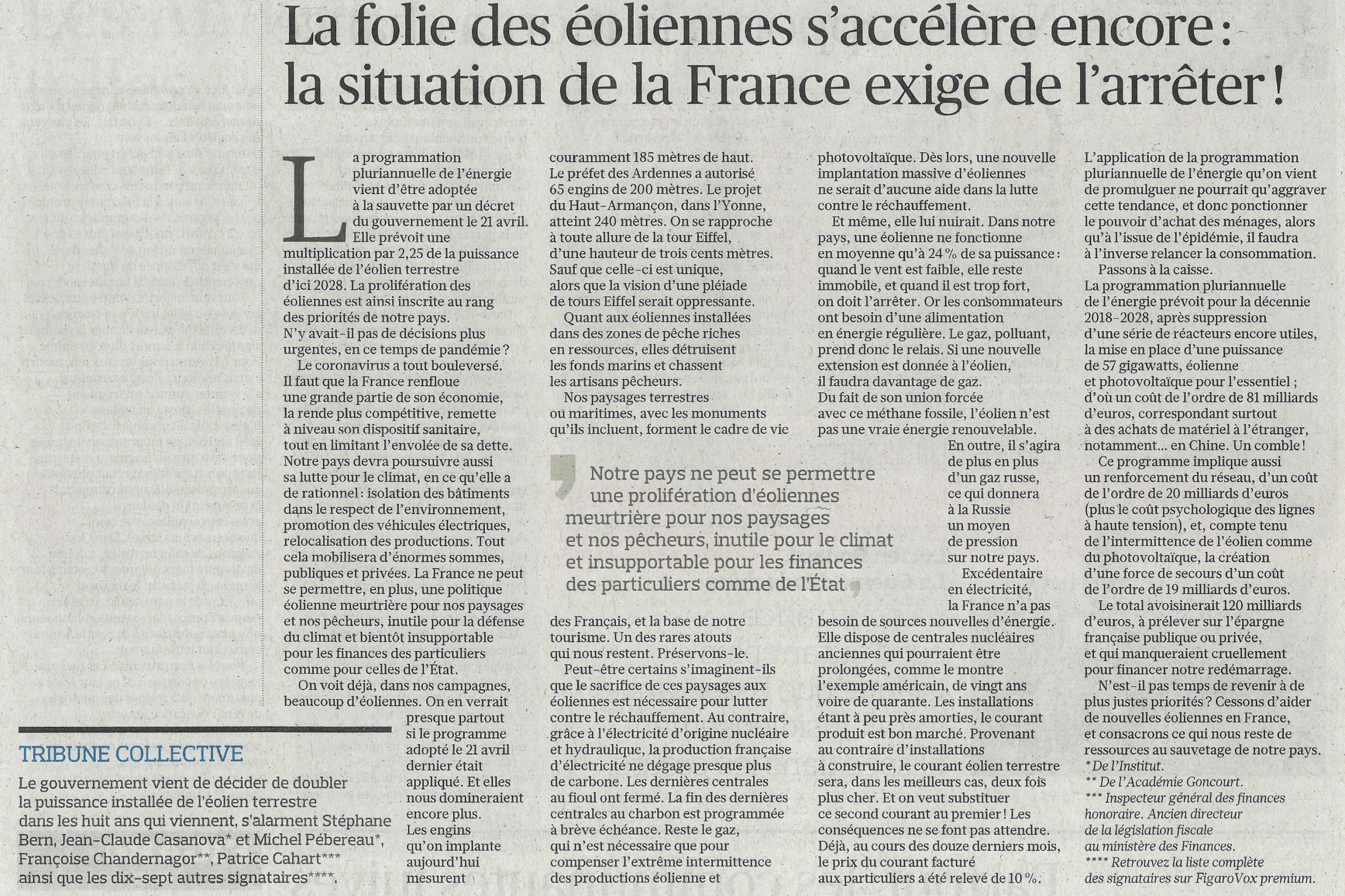