A very important development, of pan-Hellenic interest, took place after the initiative of Saronic Mayor Petros Filippou to hold a teleconference with the mayors of all Greece who face the problem of wind turbines being installed in their municipalities, with the participation of KEDE President Dimitris Papastergiou.

The aim of today’s teleconference was to coordinate the elected representatives in order to jointly take initiatives to promote and document their positions, as well as to inform the local communities.

In this context, it was decided:

– To issue a joint resolution which will be sent to the competent minister, Kostis Hatzidakis and to arrange a meeting with him, with the participation of the President of KEDE,  Dimitris Papastergiou.

– Establish a Steering Committee to further coordinate and organize the next steps.

– To create a page on social networks with the aim of informing and activating citizens.

– To give a press conference (online) in order to multiply the voice and impact of the Network of Mayors.

Mayor Petros Filippou made the following statement: “The importance of today’s initiative is exceptional, as the large participation of the mayors proves that the issue of wind turbines is of pan-Hellenic importance. For this reason we organize and coordinate our movements. Tomorrow we will make our resolution public and we will start taking all the necessary initiatives to take into account the voice and the informed position of the municipal authorities and the local communities on the big issue of the installation of wind turbines.” 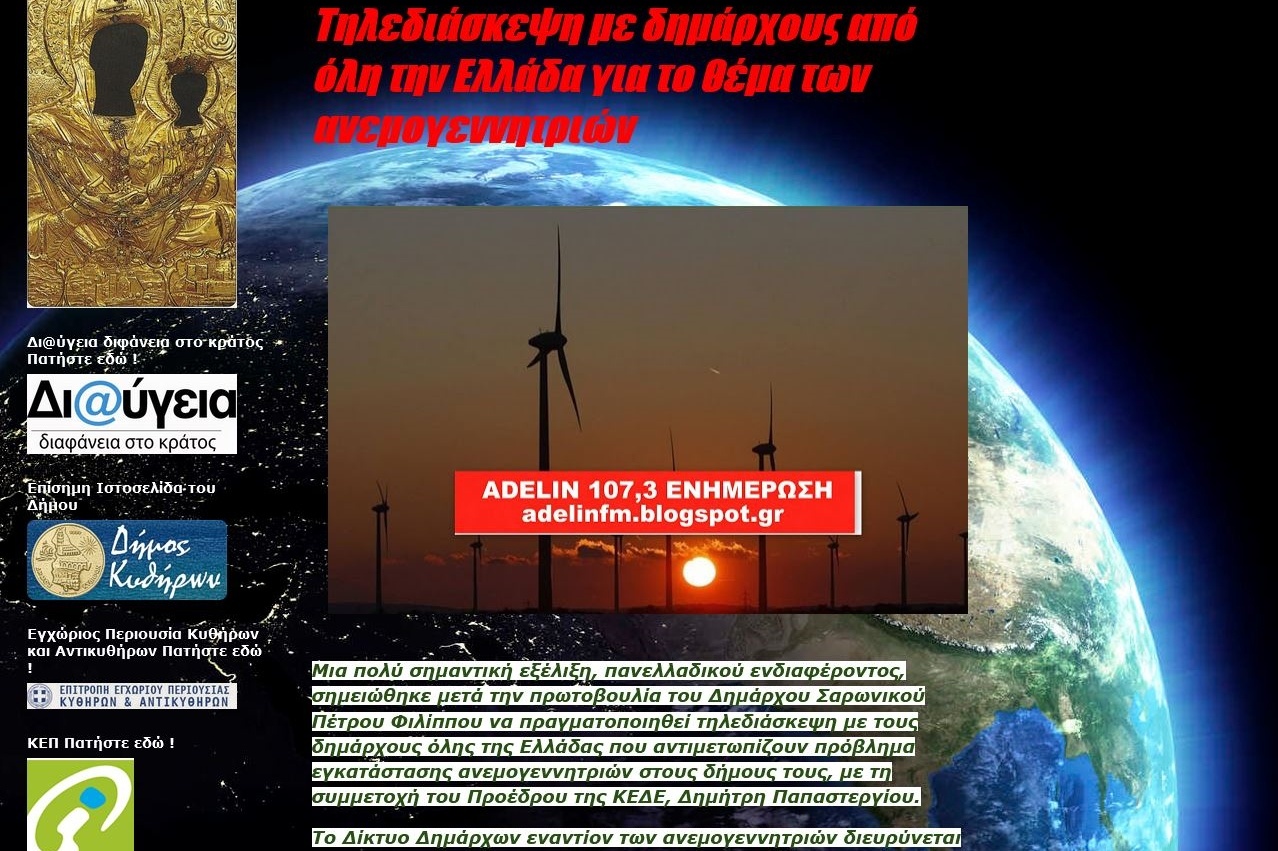