ELICA Group and the true intentions of the RES industry

Essentially unknown to the public, and very definitely shy of unnecessary publicity, ELICA S.A., also known as the ELICA Group, is one of the most active protagonists in the Greek renewable energy source (RES) markets. ELICA is a Private Joint Stock Company Subsidiary with just two equity holders, each with a 50% share: DAMCO Energy S.A. and International Constructional S A. DAMCO is a wholly owned subsidiary of the Copelouzos Group, and according to the group, is active in the sale, installation and hire of power generating units. The identity and ownership of International Constructional is at first sight less apparent. According to Kompass it is an anonymous company involved in construction and employing between zero and nine people, whereas the Bloomberg company profile suggests that it deals in “home improvements”.

However, it apparently shares a headquarters address with the ELICA group at Kapodistriou Street 28-40, Maroussi. A search of the company’s financial statement for the year 2017, the most recent available, reveals that 91% of its total financial assets, namely 20.343.299 €, consists of participating interests in subsidiaries, associates and joint ventures. According to the auditors’ statement, that total includes a substantial interest in Piritium S.A., a wholly-owned subsidiary of the Copelouzos Group. It is thereby hard to avoid the conclusion that ELICA S.A. is in reality, and at the very least by majority, the property of the Copelouzos Group – even if at times it enters into joint projects with TERNA, the other major player in the Greek RES industry.

A marked preference for private companies, long a favourite of Greek investors, as well as the use of multiple holding companies, contribute to muddying the waters. However, the fortuitous discovery on the internet of a PowerPoint file used during the course of a RES conference in September 2018 by Sokratis Konstantinidis, managing director of Copelouzos and ELICA groups, offeres a rare and valuable opportunity of learning the industry’s true intentions. Entitled “RES Strategies of Greece”, the bulleted notes included many interesting nuggets of information; amongst them was a page headed “Energy and Spatial Planning”, which drew the attention of participants to the following wish list:

• Avoiding of a complete revision of the RES Special Spatial Planning. No significant decision-making at the level of local and regional spatial planning
• The new Special Spatial Planning should not introduce unreasonable restrictions against RES that are not needed for biodiversity protection
• Environmental Impact Assessments and management protection plans of Natura areas must be compatible with energy planning, without setting horizontal and non-scientific restrictions against RES (Crete case)

Still further on, and with specific reference to the licensing of RES projects, the preference of the industry for a “radical simplification” is stressed, as well as for “ensuring the compliance of the procedures of the various authorities with the RES Special Planning, with emphasis on archaeological opinions. Removal of the subjectivity of the relevant judgments by the introduction of objective – quantitative criteria”.

In other and more direct words, Mr Konstantinidis is expressing on behalf of investors in RES the fervent desire to have every possible future impediment to their plans removed for them. What this means in practice is the effective silencing of the local population and local government, as well as of any other authority which might attempt to stop even the most destructive of proposals – something which self-evidently presupposes a fully compliant administration, even if such compliance were to run counter to established government principles and procedures.

Supporters of unfettered RES investment have for some time been calling for those opposing it to demonstrate a measure of trust in the corporations concerned, taking a larger view “for the common good”. Unfortunately, the only conclusion to be drawn from a closer knowledge of their position is that the only common good to concern them is that of their owners. 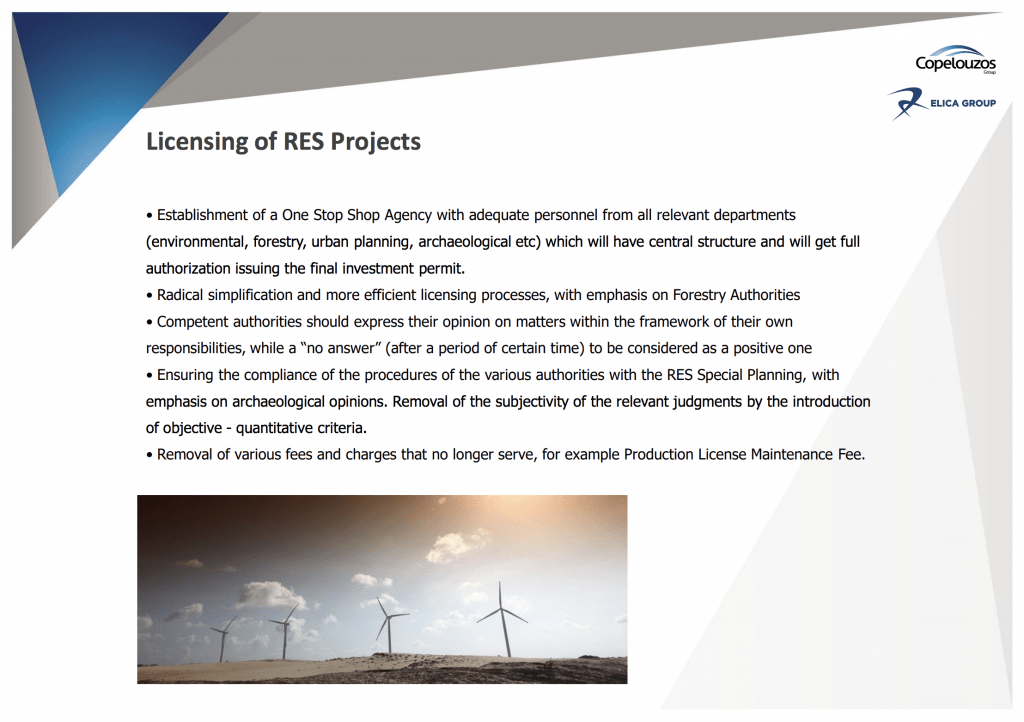 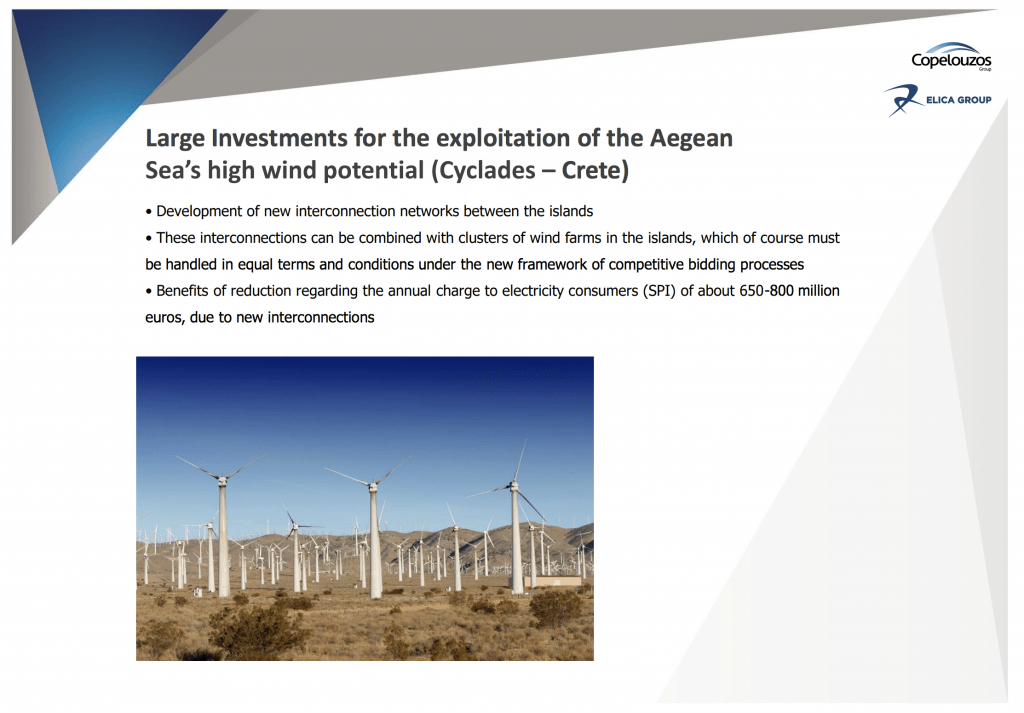