Recap: The situation on Kythira

The legal framework for renewable energy sources in Greece was established by Law N.3468 of 2006, which remains in force today. The key provision for the installation of wind-powered generation “on the inhabited islands of the Aegean and Ionian seas and Crete”, according to article 8/1, is that “the maximum permissible coverage at municipal level cannot exceed 4% of each municipality’s territory [surfaced area], or in other words 0,53 typical wind turbines per 1,000 stremmata”. This converts to roughly one wind turbine every 500 acres.

The total surface area of Kythira is 278 square kilometres, which comes to 278,000 stremmata, or 68,695 acres. Applying the legal ratio of 0.53 turbines/stremma, we find that the maximum number of ‘typical’ wind turbines allowable on Kythera is 147. However, this is a theoretical maximum based on the total surface area of the island; it is obvious that not every possible location will be commercially viable or even feasible. 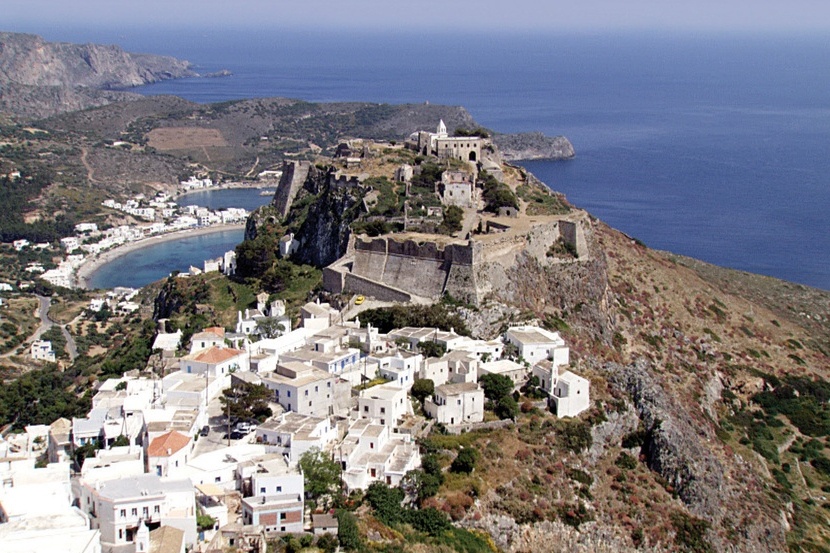 Following an aggressive campaign by the municipality and concerned citizens groups against the applications, and despite a crude carrot and stick policy adopted by one of the less respectable companies, the applications were not pursued and the issue appeared to have lapsed into somnolence. On January 22nd of this year, it suddenly became clear that the issue was very far from defunct, and that the applications had merely remained in the bureaucratic equivalent of cold storage (though the applicants themselves may have changed). Piritium SA, a wholly-owned subsidiary of the Copelouzos Group, was granted two production permits: for 15 turbines at Finikies and for another 15 on Mt. Mermingaris, all with a fan blade diameter of 71 metres.

It is important to understand that these are only Production Permits; in order to actually install the turbines, Installation Permits will have to be issued, and a complex legal procedure followed including environmental impact studies and consultation with local government and inhabitants. Think of the production permits issued so far as notional slices of an as yet unbaked pie. On the other hand, current government policy is a national energy plan which includes the installation of wind farms on as many islands as possible. Caveat emptor.