Another substantiated counter-proposal to the industrialization of virgin nature for energy:
A very important paper, which calculates which % of the electricity demand of each EU country can really be covered by rooftop  photovoltaics, taking into account all the factors (spatial, energy, economic, climate, available roofs, etc.).
For Greece, it is estimated that we have the potential to produce 17 TWh per year from photovoltaics on rooftops, which corresponds to 32% of annual consumption. This is almost twice the European average, which is 16.8% of annual consumption.

At the same time, it is sufficient for the average coverage of the demand in the households, in a metered connection system, since the households are 33% of the electric demand in Greece. A very good antidote to energy poverty – if the state chose to subsidize such a program as a public/strategic investment, instead of the 200 MW and above mega-wind projects, which have now applied for a 40% subsidy as “profit-making projects” in the society.

Another proof of how, in the “case” of Greece, more appropriate and environmentally compatible the small-scale photovoltaics on the roofs are and how important it is to take advantage of them, unlike the industrial-scale wind installations, which have a large and irreversible impact on environment, at least in the way it is chosen to be located in our country.

Click on the image below to read the full report: 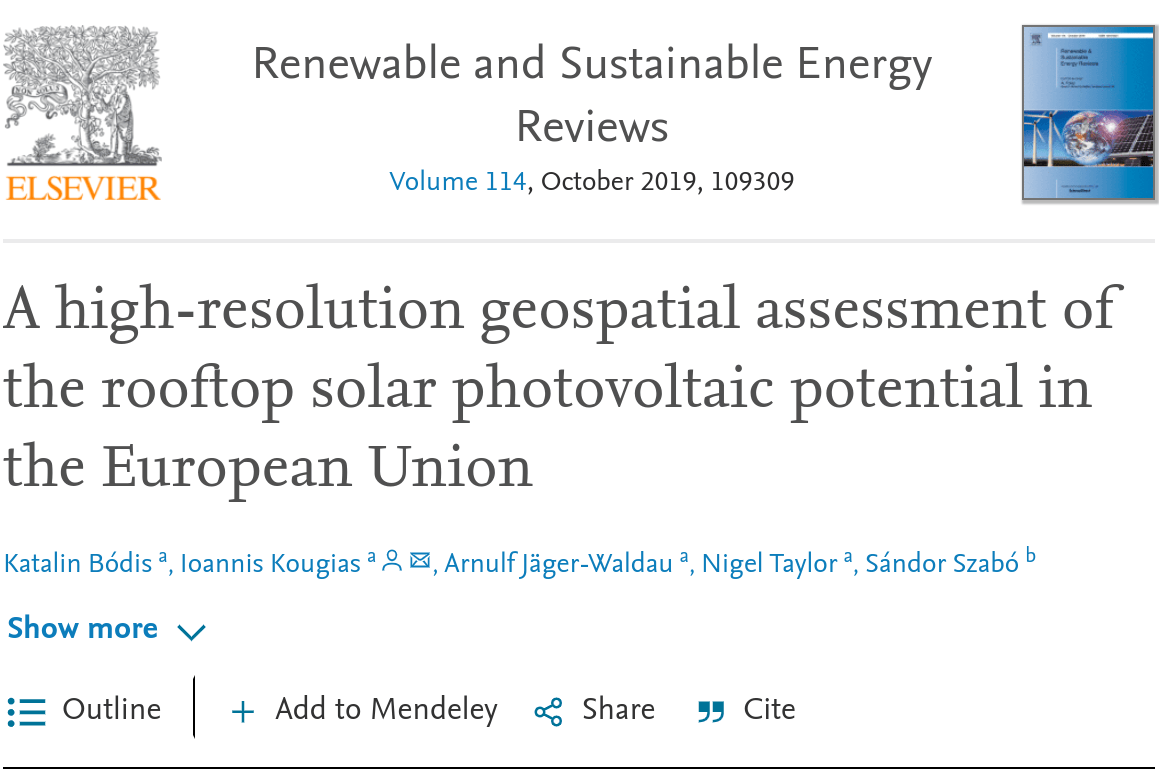