Wind energy is the leading renewable technology towards achieving climate goals, yet biodiversity trade-offs via land take are emerging. Thus, we are facing the paradox of impacting on biodiversity to combat climate change. In an article published January 2021 researchers from several Greek Universities suggest a novel method of spatial planning that enhances wind farm sustainability: investments are prioritized in the most fragmented zones that lie outside the Natura 2000 network of protected areas. They showcase it in Greece, a biodiversity hotspot with a strong climate policy and land conflict between conservation and wind energy schemes. The analysis indicates that the suggested investment zone supports wind harnessing 1.5 times higher than the 2030 national goal, having only marginally lower (4%) wind speed. It performs well for the conservation of the annexed habitats and species of the two Nature Directives and it greatly overlaps with the Important Bird Areas (93%) and the roadless areas (80%) of Greece. It also greatly overlaps (82%-91%) with the exclusion zones suggested according to three sensitivity maps for bird conservation. Since land use change triggers biodiversity decline, they underline the necessity of such approaches for meeting both climate and biodiversity goals and call for a greater environmental policy convergence towards biodiversity conservation and no net land take.

Click on the image below to read the whole article: 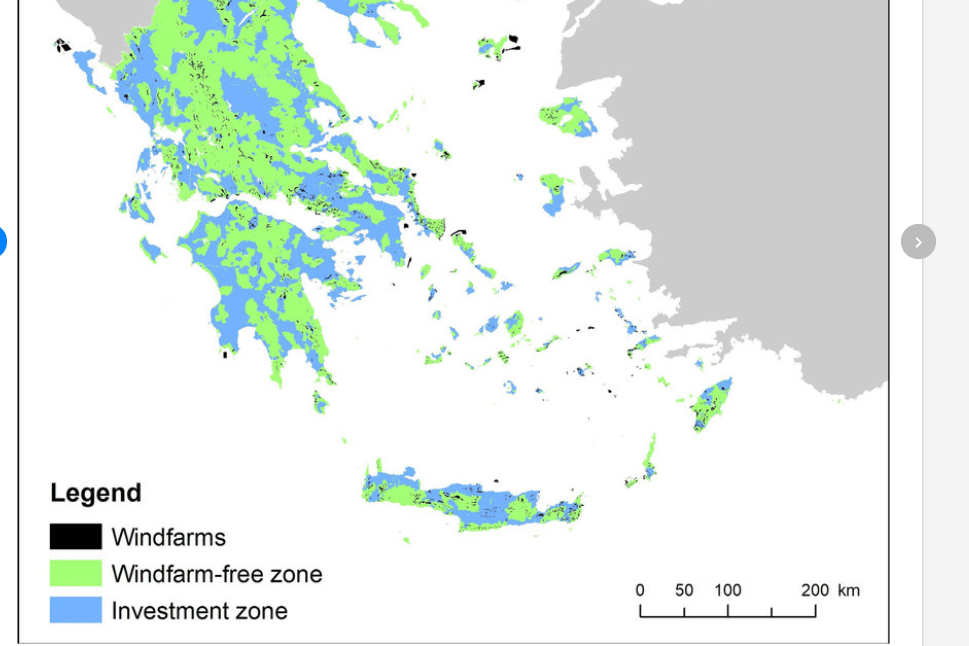