Fundraising – how to contribute

It is now possible to financially support the legal fights against the installation of industrial wind farms on Kythira.

The Kythirean Foundation for Culture and Development (KIPA), has opened a bank account which enable its friends, members as well as anyone else who wishes so, to contribute. 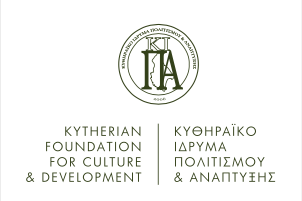 We are appealing to everyone who loves and cares for the natural and cultural environment of the island to donate. Any financial contribution, no matter how small or big, is invaluable.

A receipt will accompany each bank deposit.

KIPA is a Social Institute that has been founded, under Presidential Decree 1363/14.9.06, therefore it is subject to the state legal auditing, as well as inspected by the Governing Board of the Trifylleion Foundation, which enables a comprehensive audit control.

For more information read the Press Release below:

Τhe Kytherean Foundation for Culture and Development (ΚΙΠΑ) and The Kythera Citizens Movement‐Dynamo Kythera who are fighting together to prevent the installation of industrial wind farms in Kythera are sending the following message to all:

We are asking for everyone’s financial contribution, subject to whatever amount each one can afford, to join efforts to protect Kythera from the imminent disaster coming with the uncontrolled installation of dozens of Wind Turbines on the mountains of the island.

Such an outcome will put the island at risk of total devastation, hence this year the European organization EUROPA NOSTRA has declared Kythera as one of the 7 most endangered cultural heritage sites of the European continent.

Our fundraising concerns the legal defense actions associated with the planned installations of Industrial Wind Power Plants throughout the island.

Those of us who are trying to stop the devastation of Kythera from the industrial‐scale wind turbines would like to share some information and thoughts. At the same time we’re appealing to everyone in Kythera and abroad, who are concerned about saving one of the last remaining pristine areas from an imminent industrial invasion, for their support.

The Regulatory Authority of Energy (RAE) so far has issued 4 production licenses for a total capacity of 150 megawatts whereas the average energy need of the island is just 3.5 megawatts. We’ve promptly filed revision applications against those 4 permits at RAE which have been rejected.

The sitting of the proposed wind farms is planned in an illegal fashion as it does not take into account the exclusion zones defined by the special spatial planning framework for Renewable Energy Sources (ie wind turbine distances from villages, traditional settlements, Byzantine monuments, historical sites, monuments of major importance and tourist accommodation establishments). Due to RAE’s failure to apply the legislation we have submitted a legal inquiry report to the Public Prosecutor. Also a relevant question was asked in the Greek parliament to the Minister of Environment but has practically remained answered. The legal procedures for those 4 licenses in the Piraeus Administrative Court of Appeal are expected to take place in September 2021. In the event there is no vindication we should resort to the Council of State.

There are also 3 new wind farm applications (two in the North of Kythera and one in the area of Agios Georgios in Avlemonas) with a total capacity of 103.5 megawatts which are pending approval . Once these new permits are issued, revision applications should be made immediately at RAE. If our revision applications get rejected, annulment applications should follow at the Piraeus Administrative Court of Appeal, and if they also get rejected we should reach the final destination of appeal at the Council of State, similar to the previous 4 existing cases.

Scientists, environmental organizations, bodies and movements from all over the country take notice of Kythera as it is a case study of a potential impending destruction of protected areas, not just on the island itself but in the whole of Greece.

It is not acceptable that the three‐thousand‐year‐ old Kytherian landscape with long existing sustainable island practices is at risk of being permanently altered by a controversial policy with questionable benefits that is applied wrongfully.

A group of fellow citizens actively engaging to save our island have spent not just personal time and energy, but also a lot of personal money. There is an ongoing financial need which is soon expected to increase and that is why everyone’s help is vital. The legal procedures against wind farms in Kythera has so far cost an excess of € 10,000, a bill that has been picked up by both Greek and non ‐ Greek active citizens as well as associations and unions of the island. Future legal actions will demand greater fees.

We’re appealing for your donation to cover the following expenses:

– The future revision applications at RAE against the 3 wind farms whose permits are still pending and their respective annulment applications at the Piraeus Administrative Court of Appeal.

– The final stage of annulment applications at the Council of State regarding those 3 new permits that are expected to be granted in the short future.

There are also ongoing unforeseen expenses that all add up to a significant financial burden. Estimated cost of legal actions based on lawyers offers rounds up to an estimated total amount of € 40.000. So far the amount of funds collected is € 2.000.

No matter how small or big, your contribution to the designated KIPA account is for the future of our island:

Please forward this message to those you believe have similar concerns and will favour our cause. We kindly thank you in advance for your attention and support.