Municipalities last to be notified of proposed major projects 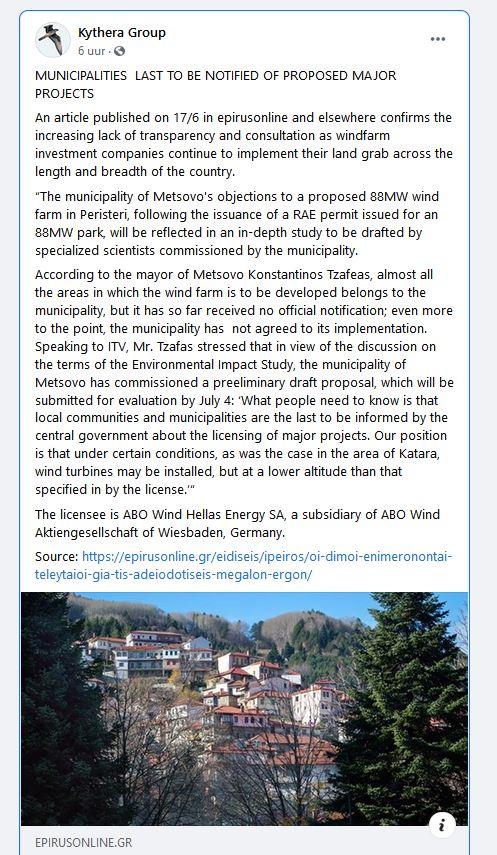 An article published on 17/6 in epirusonline and elsewhere confirms the increasing lack of transparency and consultation as windfarm investment companies continue to implement their land grab across the length and breadth of the country.

“The municipality of Metsovo’s objections to a proposed 88MW wind farm in Peristeri, following the issuance of a RAE permit issued for an 88MW park, will be reflected in an in-depth study to be drafted by specialized scientists commissioned by the municipality.

According to the mayor of Metsovo Konstantinos Tzafeas, almost all the areas in which the wind farm is to be developed belongs to the municipality, but it has so far received no official notification; even more to the point, the municipality has not agreed to its implementation. Speaking to ITV, Mr. Tzafas stressed that in view of the discussion on the terms of the Environmental Impact Study, the municipality of Metsovo has commissioned a preeliminary draft proposal, which will be submitted for evaluation by July 4: ‘What people need to know is that local communities and municipalities are the last to be informed by the central government about the licensing of major projects. Our position is that under certain conditions, as was the case in the area of ​​Katara, wind turbines may be installed, but at a lower altitude than that specified in by the license.’“ 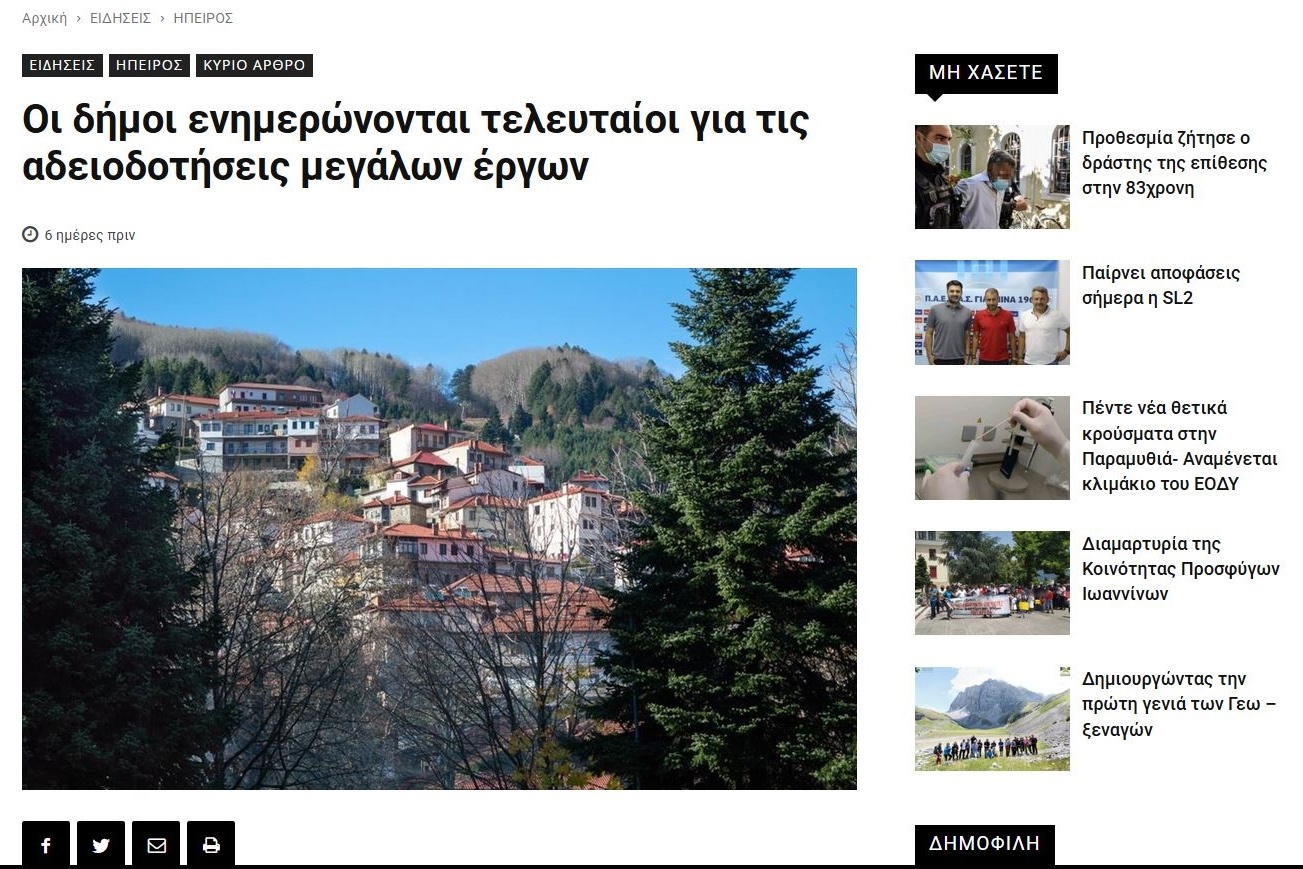