Reaction on Mitsotakis about Gr-Eco Islands

Dynamo Kythira commented on the urging of Prime Minister Kyriakos Mitsotakis in Halki for the establishment of energy communities, wondering if this position contradicts the issued licenses for industrial wind farms on the island or if it is just a communication practice.

It is noted that the planning of an Energy Community in Kythera concerns the medium voltage network of the island and essentially is intended for local consumption, while the industrial wind farms licensed in Kythera are intended for electricity export through a new high voltage network and interconnection with The Independent Electricity Transmission Operator (IPTO) on the opposite coast. So these are two completely  different energy policies on the island.

It is also worth noting that the “forward-looking” change in the country’s energy mix with an emphasis on large industrial wind farms goes beyond local needs and is part of the government ‘s national policy for becoming lignite-free in the coming years.

Following is the announcement of Dynamo Kythira:

Between minutes 47.00 and 48.00, the Prime Minister calls on all island municipalities to follow the example of Halki and create energy communities and join the Gr-ECO ISLANDS initiative, assuring that they will receive government support. Kythira has been on this course for some months now and the example of Halki is being followed with the participation of the Municipality and the Domestic Wealth Board (Enchorios) in a non-profit energy community with photovoltaic and virtual net metering for the production of energy in Kythira, for Kythira .

On the other hand we show the map of RAE with the licenses so far for industrial wind farms on the island, that if installed will turn it into a wind park with an energy production of 90 times the needs of the island.

These two policies are completely contradictory and we wonder where the communication practice stops and where the truth begins. Only the Prime Minister knows that… 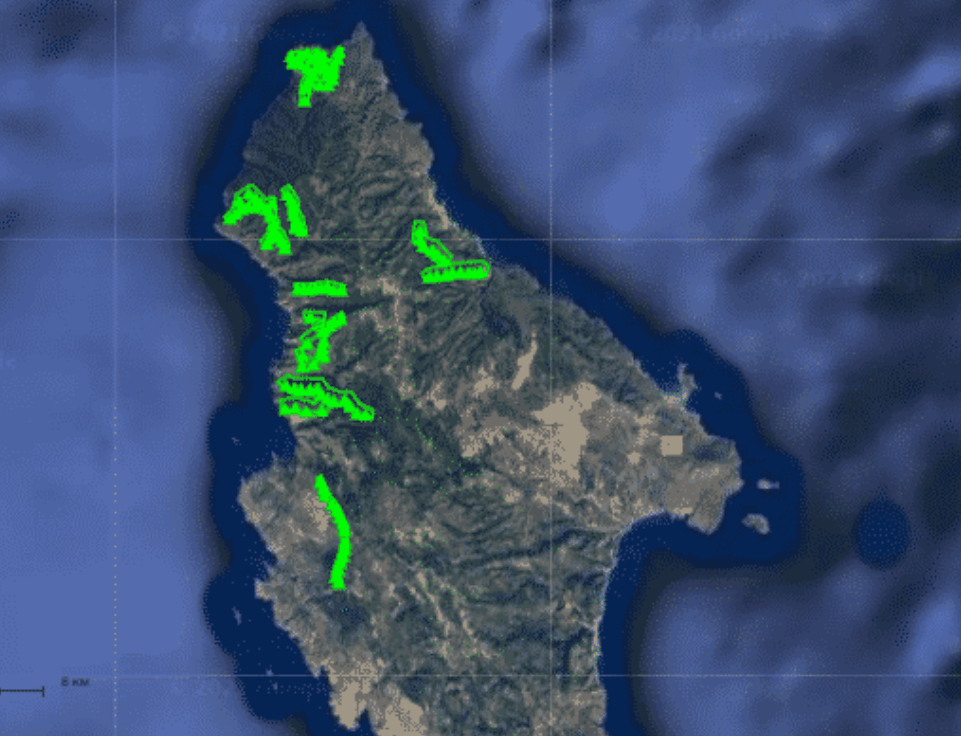