Report migration of birds of prey over Kythira

Along with the two major migratory corridors of large raptors over the Mediterranean Sea during the two migration periods, i.e. the Bosporus Straits on eastern Mediterranean and the Straits of Gibraltar on the west, a large number of birds – of medium and/or smaller size – use also other migratory routes. The geographical position of the island of Kythera, in SW Greece, at the southernmost tip of the Balkan Peninsula, is a very important “migration bottleneck” in the Central-Eastern Mediterranean for millions of birds during their annual migration in the spring from their wintering grounds on the African continent towards Eurasia and vice versa during the autumn. 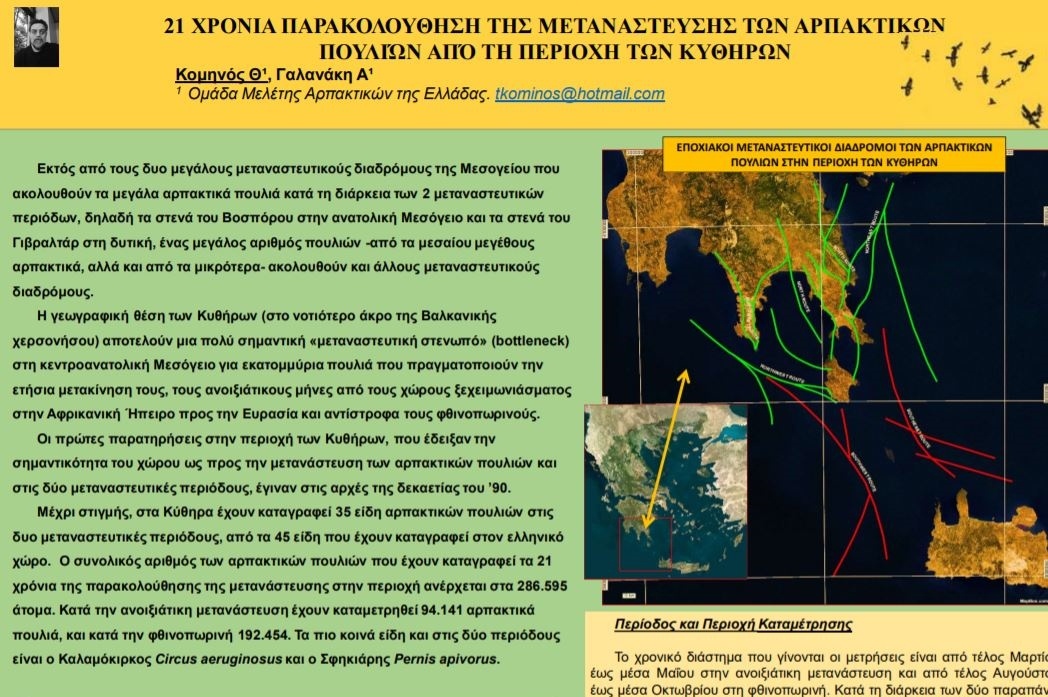