In less than a decade, Greece has erected thousands of wind turbines and created hundreds of wind parks devastating the country’s natural habitat, blemishing the landscape and doing away with thousands of rare bird and animal species. And all this without ever consulting local communities as is common practice in other countries. And though Greece has failed to take action on other more urgent fronts, such as recycling and plastics, it has outdone its EU counterparts, despite being a relatively poor country, in wind power, managing in 2017 to cover 1/5 of its energy needs — the highest figure in Europe — according to Wind Energy. Greece was eighth in Europe in terms of wind farm construction in the same year. Why? Because millions of ‘easy’ euros in EU subsidies are being handed out to investors to build renewable energy projects without terms and conditions, planning and supervision.

Click the image below to read the whole article by Maria Paravantes: 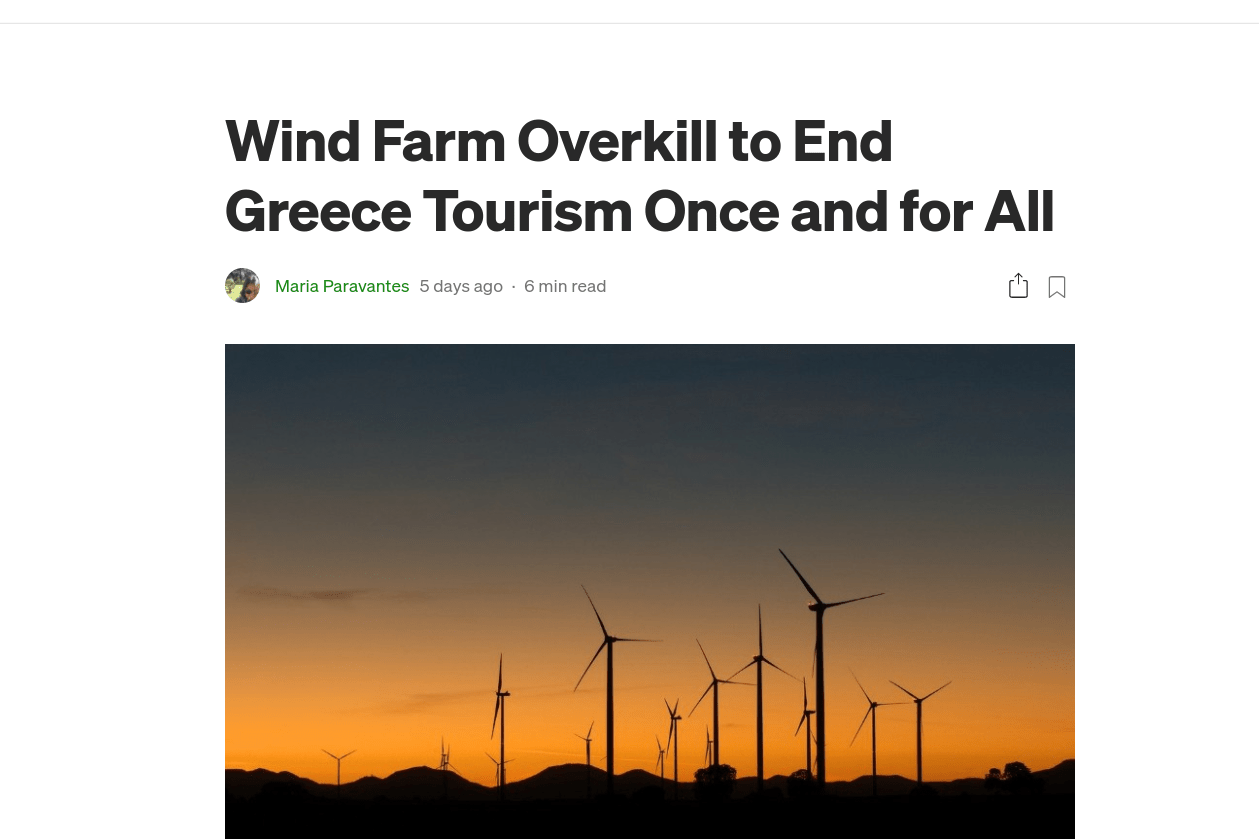