How the “Mediterranean Galapagos” almost became a giant wind farm

An energy mega-project consisting of 106 wind turbines on 14 islets of the south Aegean was rejected at the 11th hour after blanket objections from environmental authorities. Just a month earlier it was being endorsed by the Greek government for EU strategic funding.

The area of the southern Aegean Sea between the Cycladic islands and the Dodecanese is dotted with rocky islets, many of them uninhabited by humans but rich in bird life. On the margins of the busy ferry routes and the island-hopping schedules, the rocky archipelago has become known among ornithologists as “the Galapagos of the Mediterranean” for its biodiversity. Many rare and endangered species of seabird and other endemic fauna and flora flourish in this corner of the sea away from tourism and development. According to ornithological studies, uninhabited Greek islets host 80% of the global population of Eleonora’s falcon and 60% of the global population of Mediterranean seals.

Read the whole article in English:https://www.reportersunited.gr/en/5849/nobodys-backyard-how-the-mediterranean-galapagos-almost-became-a-giant-wind-farm/ 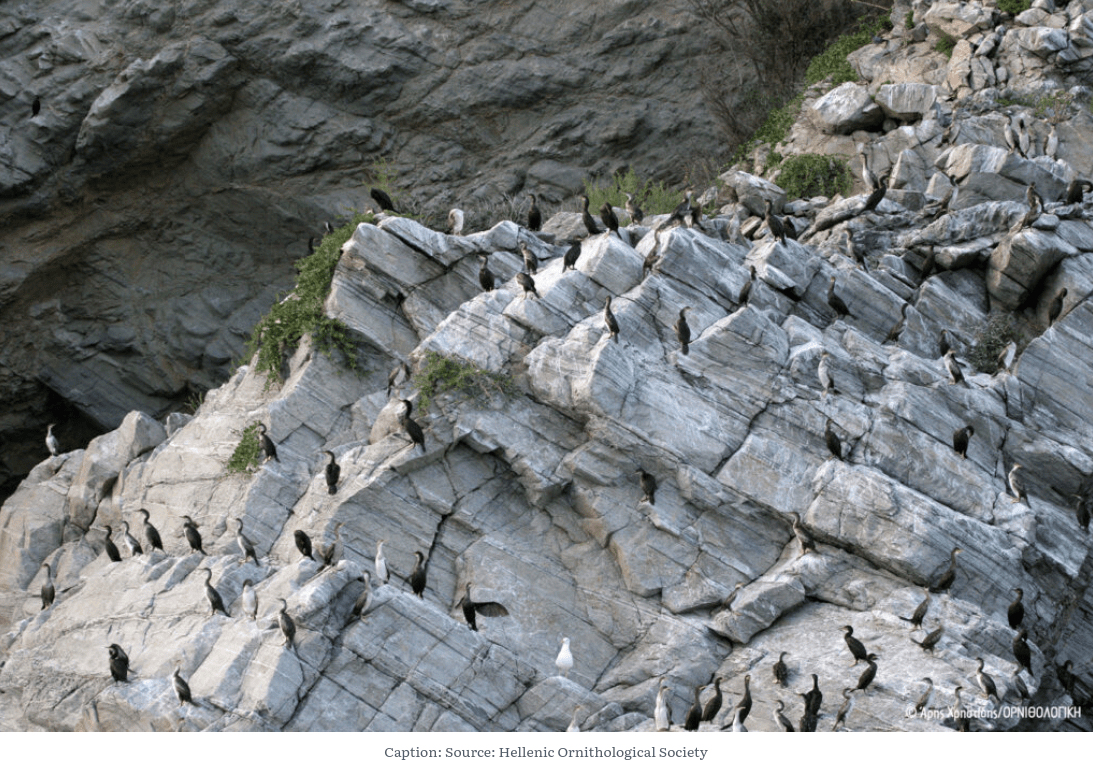