Impact of wind turbines on tourism demand in Germany

In-depth and long-term studies of the effect of wind farms on tourism are still uncommon. “Gone with the wind? The impact of wind turbines on tourism demand” published by the Leibniz University of Hannover in August 2015 deals with the impact on the German tourism industry. Chapter 5 is posted below in its entirety, followed by a link to the complete study. In a nutshell, the authors conclude that “In accordance with theoretical arguments and most existing empirical evidence for Germany, we find that the construction of wind turbines shows a negative relation to tourism demand in German municipalities”. They also make the important methodological point that “empirical findings confirmed that it is crucial to add the size-dimension to the analysis of wind turbines, as frequently variables based on wind turbines capacities turned out to be relevant”.

“The paper presented an analysis of the relationship of tourism demand and wind turbines. While existing studies rely on primary data collection and interviews, we made use of spatial panel regression techniques and secondary data sources covering touristic activities and installed wind turbines in German municipalities for the years 2008-2012. In accordance with theoretical arguments and most existing empirical evidence for Germany, we find that the construction of wind turbines shows a negative relation to tourism demand in German municipalities. Moreover, significant differences are identified between regions at the coast and those in the inland. In case of the latter, the negative relations exist in particular with wind turbines constructed in the near surroundings of municipalities. The latter have been approximated by 10-km and 20-km radii of municipalities’ centroids. In the coastal region, wind turbines constructed directly within municipalities are negatively related and wind turbines in municipalities’ vicinities are positively related to growth of tourist demand (occupancy rate). We argued that this can be explained by a type of displacement effect, which implies that tourists tend to avoid destinations where these are characterized by large and further growing wind turbine numbers. As they prefer to stay in the greater coastal region of their original (but wind turbine rich) destination, they chose nearby municipalities that are characterized by less wind turbines. 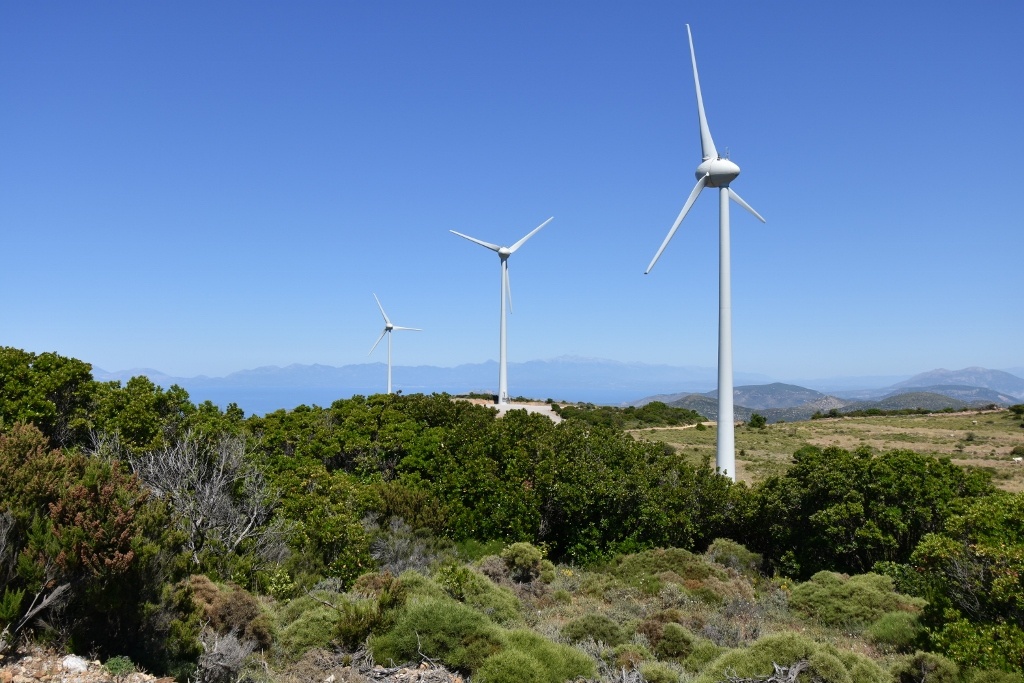 However, these explanations have been speculative given the lack of empirical data preventing empirical falsification. The paper clearly calls for more research that addresses a number of shortcomings related to the employed data. This particularly concerns the lack of tourist flow data and information on private holiday apartments. Given the lack of secondary data on these two, primary data collection in combination with the use of secondary data is probably the preferred strategy in future research. The paper’s main findings of a negative relation between wind turbines and tourist demand are particularly bad news for the northern regions of Germany that are close to τhe North and Baltic Sea. The vanishing of the ship-building industry and fishery has left many of these regions with little else than tourism as an economic foundation. Due to their location at the sea side, these regions offer very good conditions for wind turbines leading to the first and largest extension of wind turbines to take place in these regions. According to our results, some of these regions might face a conflict in simultaneously developing both industries. It depends on the strength and relevance of the displacement effect whether the majority of wind turbine rich coastal regions face this trade-off or whether just those locations with the most wind turbines have to deal with this conflict.

The present study is the first that simultaneously considers wind turbines’ capacities (as an approximation for their sizes) in addition to their numbers in the analysis. The empirical findings confirmed that it is crucial to add the size-dimension to the analysis of wind turbines, as frequently variables based on wind turbines capacities turned out to be relevant. Besides the relevance for scientific analysis, this finding also implies that repowering does not represent the solution to the trade-off between wind energy generation and preserving attractive landscapes for tourists. This is particularly relevant for regions in northern Germany where wind-rich regions are almost completely exploited and only limited possibilities remain for further wind turbine installments. For this reason and the growing numbers of wind turbines reaching the end of their time of operation, re-powering has significantly gained in importance in the last years and will continue to do so. The findings underline the importance of coordination in the planning of wind turbines between neighboring regions. Wind turbine noise and visual externalities are not restricted to their immediate surroundings but may also matter for economic activities (e.g., tourism) in neighboring regions. Therefore, it is essential to coordinate planning processes within larger areas including multiple municipalities. Collaboration with tourist agencies might also be helpful, as these offer knowledge about tourists’ expectations and demands.”