An article from dragonerarossa.gr about the approval by the Enchorios for a landlease on Antikythira to the Ellaktor Wind power company for installation of an Anemometer.

Although in this case it concerns not Kythira itself, it is a sign that it is very important that the Enchorios soon takes a clear and transparent position regarding the lease of land for wind farms on Kythira.

On 29.01.2020 (i.e. a week after RAE issued the first license for the production of electricity from a wind farm on Kythira), the company «Hellenic Technodomiki Energeiaki SA» submitted to ENHORIOS (the domestic committee administrating Kythirian land) a request to lease an area in Antikythira for the installation of an anemometer.

On 03.02.2020 the Mayor sent an URGENT letter to the Energy Regulatory Authority (RAE) where he was surprised to discover the issuance of 2 licenses for wind energy production. Among other things, he stated: «…. we ask to be fully informed of every relevant element, in order to exercise our legal rights«. During the following weeks and for the whole of February there was a great reaction from the local community with articles, discussions/presentations in villages and actual legal action. Despite the unprecedented mobilization, neither the president nor any member of the ENHORIOS informed the citizens of Kythira about the existence of the above request!

On 17.02.2020, an invitation was sent for a regular Municipal Council meeting with the sole topic of discussion to be on requests for wind farm electricity generation with the participation of the President of ENHORIOS.

But while the Municipal Council had been convened, ahead of its meeting, ENHORIOS hurried and unanimously approved the lease of the land in Antikythira! (On 21.02.2020 with the 04/2020 minutes of the Meeting of ENHORIOS, decision 18/2020 – ΑΔΑ: 9ΨΧΛΟΡ18-Π0Ε).

On 25.02.2020, during the long meeting of the Municipal Council, although the president of ENHORIOS took the floor, he concealed his rental action just 4 days earlier! We note that the Municipal Council (04/2020 Minutes of the Meeting) decided «To request in writing from ENHORIOS not to take any action for the lease of land if a relevant request is submitted to it by wind farm installation companies […]«.

• On January 29, a company submits a request for an anemometer to ENHORIOS. While the island is in turmoil, the president hides this fact and does not inform anyone.

• On Friday, February 21 (just two working days before the Municipal Council meets) ENHORIOS decides unanimously to approve the lease of the space for the anemometer.

• On Tuesday, February 25, the Municipal Council decides to ask ENHORIOS not to issue any leases! The President of ENHORIOS conceals that he has already done so a few days earlier.

The Mayor has repeatedly stressed that ENHORIOS is Kythira’s great weapon in the matter of wind farms. But in this case we have sabotage from within. Not only ENHORIOS itself undermines the fair struggle of the Kythirian community to protect their island but with such subterfuge, it undermines the institution of ENHORIOS itself.

As for the excuse that «an anemometer is one thing and wind turbines another» and «why say no to 3000 euros/year for merely 225 sq m of land?», we demand all the members of ENHORIOS and especially the president to answer:

• Was the decision to approve the lease actually unanimous?

• If indeed the lease was considered an «opportunity», then why did ENHORIOS‘s actions take place in such haste and in secret?

• Are you representatives of Kythira or not? How can we have confidence in a president and a council that have not clearly understood what they should stand for?

• If you are able to ignore such turmoil and make unrepresentative decisions, what prevents you from granting a lease for wind turbines the next day?

• Did you consult a lawyer before the hasty acceptance of the lease application? Have you realized that accepting a rental request for an anemometer severely weakens any legal basis to refuse wind turbines? If you intend to reject a company’s future plans, then why allow them to begin an investment when this investment gives them a legal footing?

• Did you never consider that the request for an anemometer on Antikythira (an environmentally protected place, with a unique bird fauna, bird observatory and an astronomy outpost) was a pretense to create the above situation?

• Have you realized that what you achieved for 3000 euros is not leasing 225sqm but selling out the struggle of the residents of Kythira and have you never been advised not to take candy from strangers? 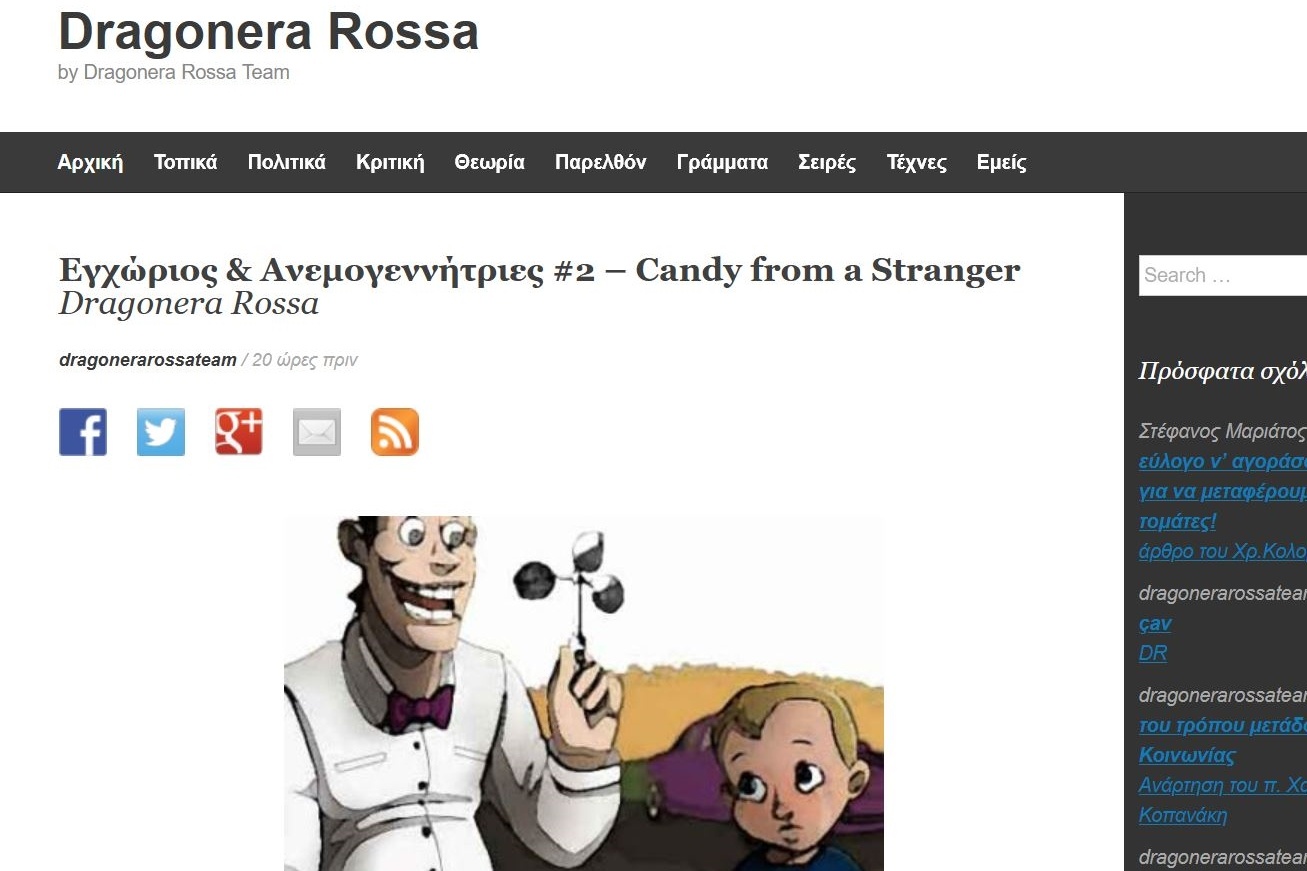