In support of the nationwide mobilization for energy on the 26th June 2021 in Athens, an action was also carried out on Kythira with a protest march from the square of  Logothetianika to the Byzantine church of Agios Polykarpos, in the heart of the Foinikies area, where an industrial size wind farm has been planned. In spite of the heatwave around 70 persons joined the march.
In the background of the photo the areas of Mermigaris and Krotiria-Kefalovouni-Pyrgos, where also large illegal wind parks are planned, are clearly visible. 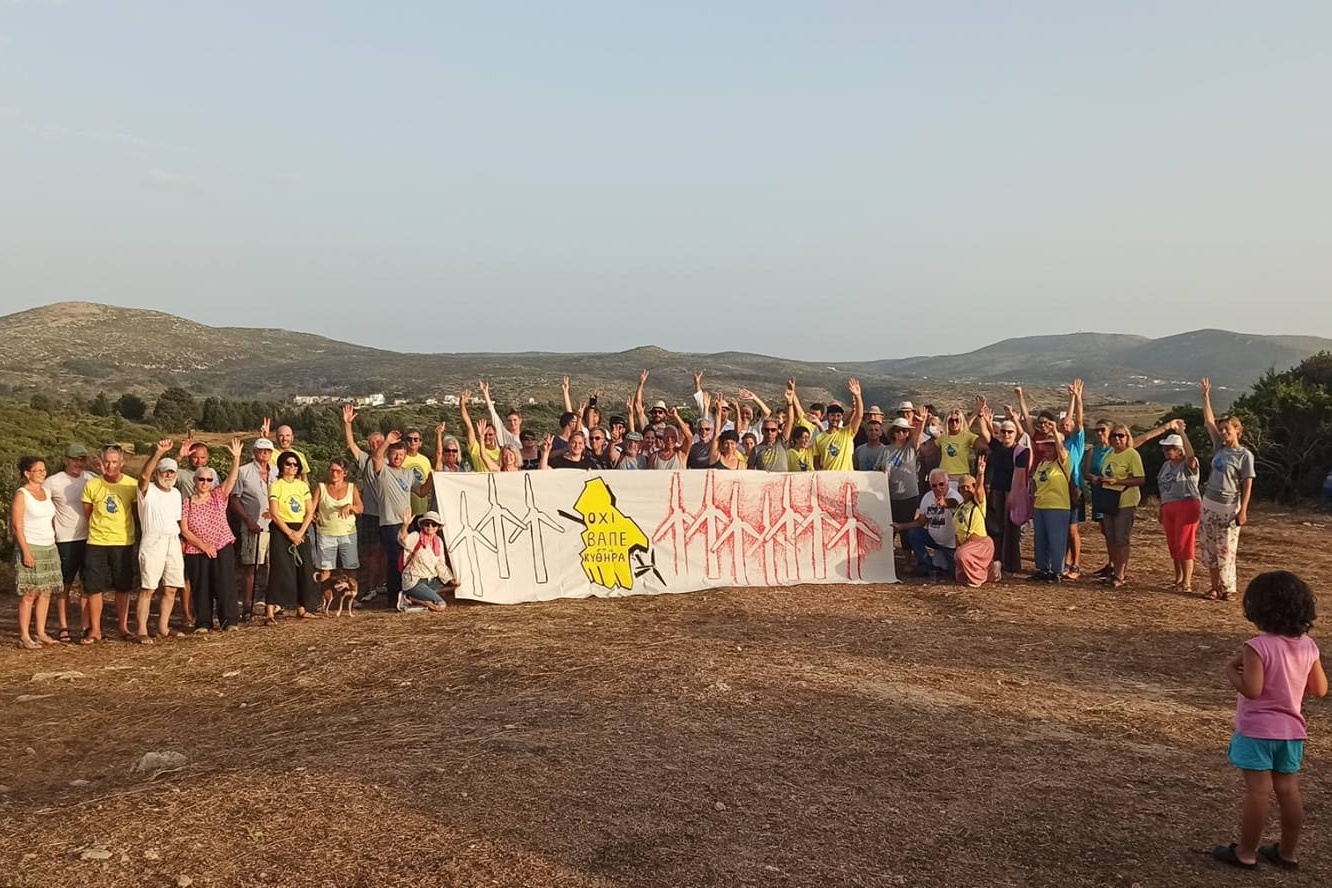