A letter from New Democracy MP Zetta Makri addressed to the Minister for Environment and Energy and released publicly raises issues concerning new legislation currently under consideration by the ministry which is designed to facilitate and expedite the development of Renewable Energy Sources. According to the MP, the existing legislation is clearly deficient and full of legal loopholes which, in the name of aiding investors, has become a fertile field for fraud and chicanery at the expense of the public. She also touches upon the possibility, all mention of which has hitherto been carefully avoided, of forced expropriation. What follows is an exact translation from the Greek of the relevant expository opening segments of her letter; a link to full original is given below.

“The deficient clauses of law N.3851/2010 (Expediting the development of Renewable Energy Sources) and of the ‘Regulations for the Granting of Production Permits for Electrical Energy from Renewable Energy Sources’ of 2011, which concern the absence of an obligation on the part of prospective investors to submit property titles or lease agreements when submitting applications for permits, primarily [but not only] for photovoltaics, have caused a large number of problems to the RAE (Regulatory Authority for Energy), and by extension, to the smooth operation of a safe and credible regulatory environment.

The reason is many prospective investors have not only earmarked many fields and land whose proprietors who are unaware of the fact, but, taking advantage of legal ambiguities, have been at liberty to register the same expanse of land, acquired by means of adverse possession, several times over, and to dispute amongst themselves over the possession of land which does belong to them. 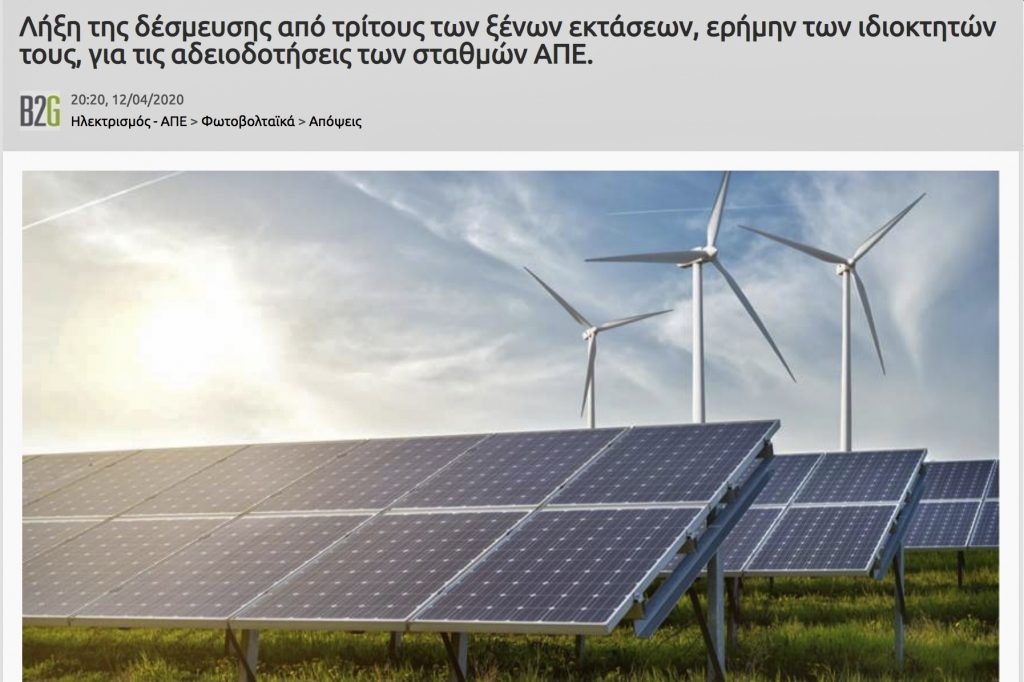 For a long period of time, until the application is evaluated by RAE at the stage of the Installation Permit, most legal proprietors have no idea that a lien has been exercised by swindlers against their property, whilst other proprietors will be unfamiliar with the very existence of RAE , let alone of the means of following its directives. And when at last proprietors find themselves before the unpleasant discovery that their land has been misappropriated by means of adverse possession by third parties, they are sadly obliged to either launch an expensive and interminable legal battle for redress, or else come to terms with the demands of the companies promoting photovoltaics, at the expense of course of their legal rights. Furthermore, many affected proprietors report that even if they succeed in identifying the prospective investor and require him to withdraw his application, the latter may refuse, leaning upon the relevant law of 2010 and the Regulation of 2011. A further danger, the cause of considerable anxiety to proprietors, is that regulations governing forced expropriation may be brought into play, since RES projects are considered ‘works of public utility’.”