It is instructive to study the press statement issued by “Energiaki Kykladon”, following the recent violent scenes on the island of Tinos. It opens with the ringing assertion that the company “is in possession of all necessary legal permits for the construction of a small wind farm of three wind turbines with a total output of 1.8MW” and refers, apparently without ironic intent, to “the unanimously positive stance of local society”.

It continues by expressing its sadness over “the incessant and merciless war waged by means of legal machinations but also through illegal methods by the municipality and citizens’ groups”. The company goes on to propose a novel interpretation of the constitutional right of protest, claiming that the rights of demonstrators were wrongly protected “at the expense of the Decisions of Justice, the relevant Authorities and the operations of the company”.

Finally, it offers a blanket exoneration of the behaviour of the riot police in the following terms: “Despite the fact that for the fourth time the same group [of protesters] obstructed the passage of vehicles causing a huge financial loss to the company, the police used no violence and for a long time tried to handle the situation peacefully, only acting when the situation got out of hand when protesters attacked the cement trucks, putting themselves, the drivers and the vehicles at risk”. 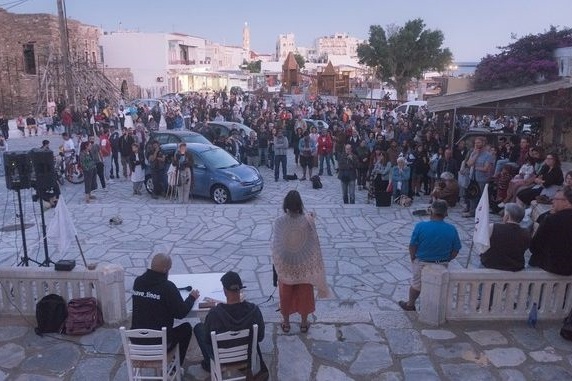 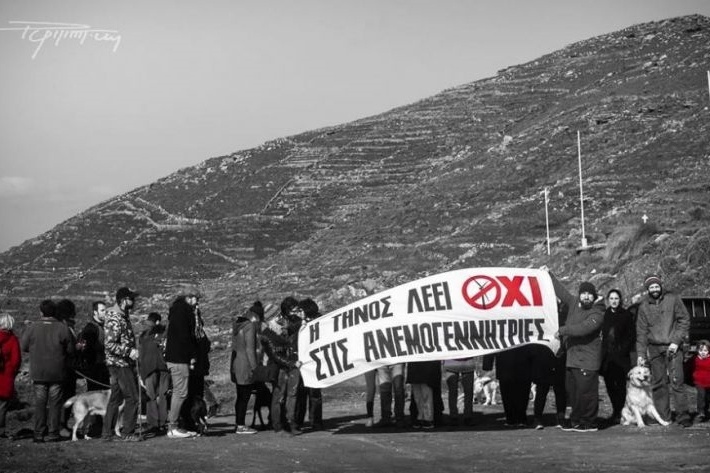 The whole statement can be read here (in Greek): https://cyclades24.gr/2020/05/tinos-anemogennitries-dite-ti-apanta-i-energiaki-kykladon-pious-vgazi-sta-mantalakia-ton-polemo-pou-dechete-ke-pos-xekinisan-ta-episodia/